“I could not lift my head at all. The pain in the neck and shoulder area was so bad that it will cause me to cry!” said 66-year-old Liew Lap Meng.

Lap Meng had been suffering from extreme stiffness in his neck since his 50s. As a storekeeper who needed to do constant inventory check, he suffered each time he needed to lift his head to check the top shelves. Over the years, his condition worsened. To avoid the pain, he keeps his head hanging low; When someone calls for him from behind, he would not dare to turn his head. He would have to turn his whole body.

However, his attempts to resolve the pain only offered temporary relief.

Last year, Lap Meng suffered a stroke and was admitted to St Luke’s Hospital. When he was followed up at the Day Rehabilitation Centre upon discharge, Speech Therapy to restore his swallowing ability was one of the interventions he received. During sessions, senior speech therapist Voon Siew Wei noticed severe stiffness in the neck and head area. A check into his medical history reveals that Lap Seng was a nasopharyngeal cancer (NPC) survivor.

Neck muscle fibrosis, or neck stiffness, is a common side effect for patients who received radiotherapy treatment for head and neck cancer, including NPC. Such side effect usually happens only 15 to 20 years after treatment and cause hardening of the tissues around the jaw and/or neck region.

Upon identifying the root cause of his pain, Siew Wei incorporating myofascial trigger point release intervention into his sessions. He is also prescribed exercise that he can do on his own.

“The mayofascial trigger point release will help to relieve the muscles that exercises cannot reach, so as to enable them to continue carrying out daily activities safely and with ease,” said Siew Wei.

After a few sessions of the intervention, Lap Meng’s pain is now much reduced and can turn his head when he crosses the road and is able to lift his head up to look forward when he walks. The treatment exercise has also enabled him to sleep better at night.

Lap Meng takes his exercises seriously and encourages head and neck cancer survivors, “You must continue to exercise daily. It cannot stop.”

When Life Throws You A Spanner, Laugh On 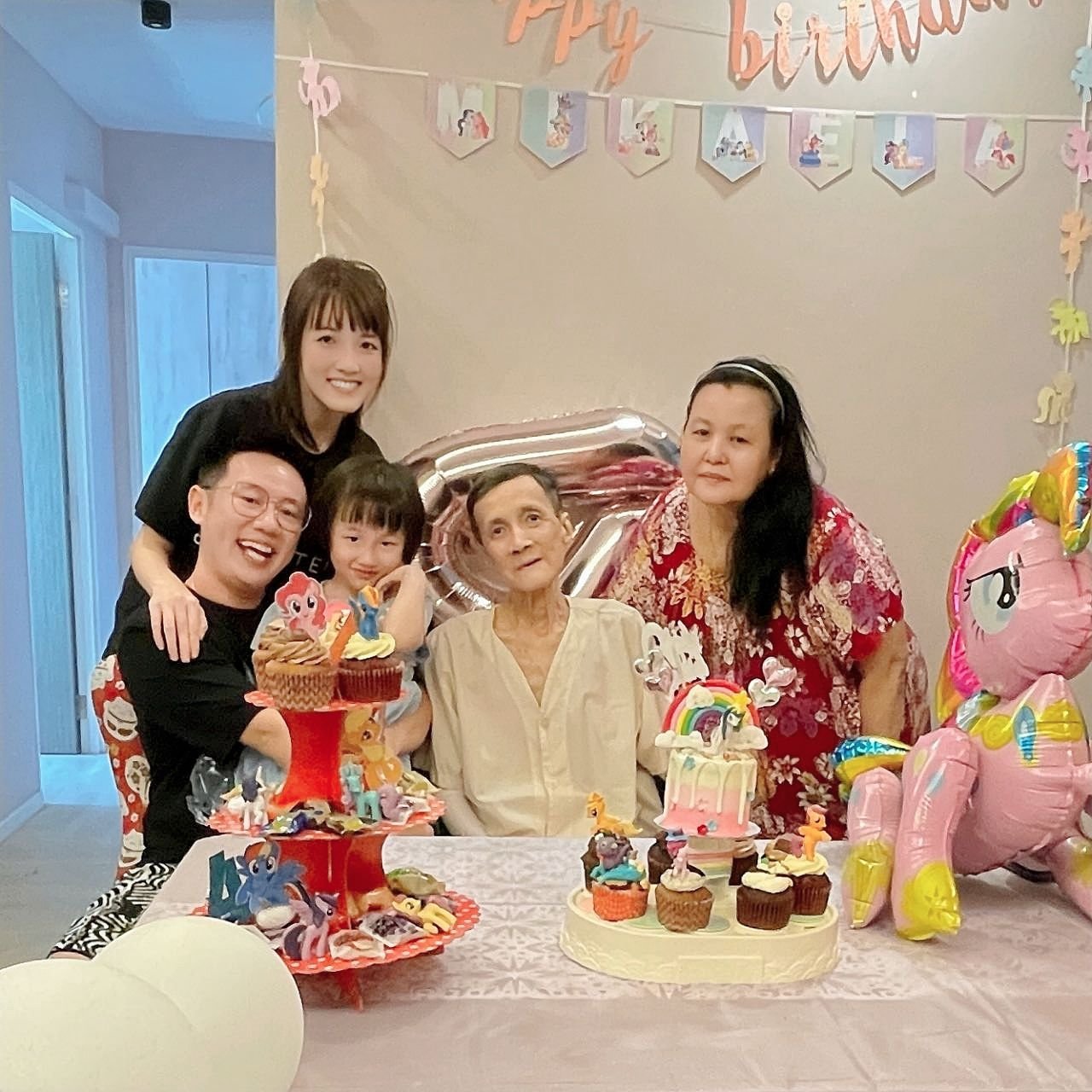